The art of Picigin

The most famous sport in Split

Picigin is a very interesting and funny game which is played with a small ball on the sandy beach, in the shallows. It was founded in Split and considered to be "the most famous sport“. The best known playground for picigin are Bačvice, a sandy beach in the center of Split.

From there it had spread throughout the Croatian coast, and lots of tourists love this kind of sport! The game is played with the ball, which is called “balun”, and it is usually made by peeling off a tennis ball. The method of making begins by taking an "expended" tennis ball, and with a knife you cut a small layer of fabric so the pliers can peel it off. The adhesive is most easily removed by rubbing the rough wall, after which the balun grinds coarse and fine sandpaper. The rubber layer on the tennis-ball is about three millimeters thick, and it should lead to an inch and a half. To make this equally and precisely, the balun is, before removing the new layer, coated with white chalk.

The method of making generally takes two afternoons. There is also a balun for wind, a little heavier. According to the rules the game, picigin is played with the balun, not "ball" or "small ball", which is very important on Bačvice. There are five players. Two of them are Sidrun (technicians), and the other three are runners. As we already mentioned, the game is played in shallow water, on a sandy beach. All other variants (rocks, pebbles, etc.) are not desirable, because of the possibility of injuries. The most favorable depth is up to the ankle, because of the ease of running and cushion falls.

This is a game with no winners and therefore it is difficult to talk about the strict rules. The basic rules are very simple: five players arranged in a pentagon and spaced apart from twenty feet, are added balun, hitting it with palms. Balun must not fall into the sea. The aim of picigin is relaxation. The game usually starts slowly, by heating, and then starts the real "action". In the game, the players are forced to perform acrobatic stunts and sprints.

It is believed that this game, which is very favorable to the human eye, was created in 1908s, when the students from Split brought an interesting game called water polo, from Prague. However, since the level of the sea in Split is low, the players, in their attempts try to play this sport, did a lot of change on it, and also called it Picigin.

Who would say that Picigin in the Split area dates back to the World War II? Of course, with time, it had been improved, players are becoming more and more skilled, and it resulted in increased number of fans of this sport. The name of popular sport comes from the word pizzicato, which means "twitch wires with fingers".

Imagine, Picigin is played all year round! Precisely because of this it has been set on Bačvice and the night spotlight, which can allow gamers to better show their ability. On Bačvice there is a tradition that this game picigin plays on the first day of the New Year. The year of 2005 is responsible for the World championship in Picigin. In the competition different tasks, such as the ways of jumps are evaluated, but what is especially important is the overall feel of the game and its players. 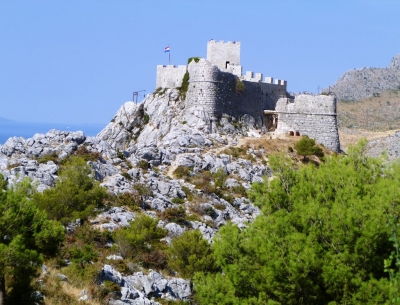 The art of Picigin

Get to know Omiš Riviera